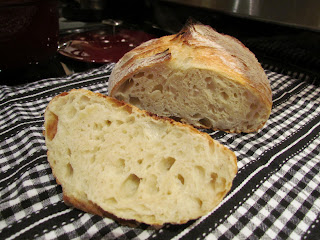 Mix up a batch tonight and bake this delicious rustic loaf of bread for supper tomorrow!  It's the easiest bread I've ever made and "needs no kneading" .  You just mix up a few simple ingredients and then 12 or more hours later you bake it in a dutch oven.  It's super easy!!!

It's originally from a New York Times video on-line that shows you step by step how to do it.  The recipe is adapted from Smitten Kitchen, which was adapted from Jim Lahey at the Sullivan Street Bakery (via Mark Bittman at New York Times). This link appeared on my friend of a friend's blog called As Ink Remains - it's a blog about fashion and trends etc.

You will want to make this recipe often!


3 Cups all-purpose flour
¼ tsp. instant yeast
1 ¼ tsp. salt
1 ½ Cups tepid water
Cornmeal, wheat bran or extra flour for dusting – I just used flour
Combine flour, yeast and salt in a large bowl. Add water, and stir until dough is combined and very sticky (using your fingers to mix). Cover bowl with plastic wrap. Let dough rest/rise at least 12 hours and preferably longer, at room temperature.
The dough will be ready once it has pretty much doubled in bulk. It will look bubbly and sticky. 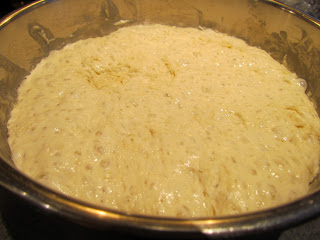 Preheat the oven to 500°F (yes - that's a hot oven) and put a 6 to 8 quart heavy covered pot (cast iron or Pyrex) into oven as it heats.
Scrape dough onto a floured surface. Sprinkle with a little more flour, pat it and fold it over onto itself two to three times to form a semi-round shape. 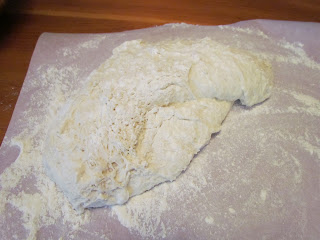 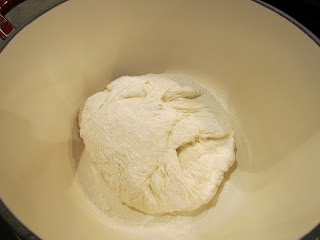 Place dough, seam side down, onto floured surface and dust with a bit more flour, cornmeal or wheat bran.
When oven is ready, carefully remove very hot pot from oven. Slide your hand under dough and flip it into the pot, seam side up.  It will look a bit rough on top and that’s O.K.
Cover with lid and bake 30 minutes. Take the lid off and bake it for an additional 10-15 minutes until nicely browned and cracked looking.  Remove loaf from dutch oven and let cool slightly on a cooling rack – slice, slather with butter and make it a meal with some special cheese and a nice bottle of red wine or with some delicious homemade soup. 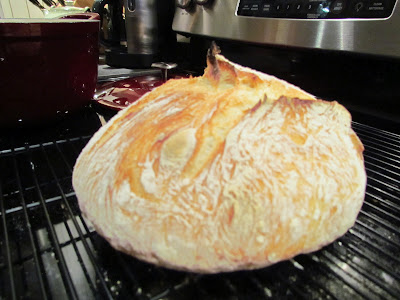 April 2022 Perhaps one of my darkest months on record? Greys and Browns seemed to be the colours of the day and to the heart. Suddenly thi... 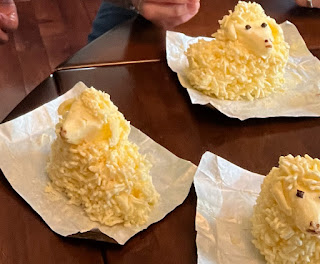