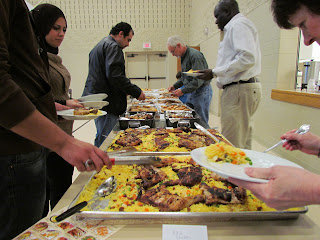 On Saturday evening we were treated to an authentic Palestinian meal at our church's Missions Supper!  It was an amazing meal, shared with a group of Palestinian refugees that have been in Canada for approximately two years.  It all started when my husband and I were introduced to these lovely folks about 1 1/2 years ago.  The Mennonite churches in our area have sponsored many of these refugees and our church was very interested in doing the same.  We met a family who had come with their two very young children and a teenage brother of the father.  They were in need of sponsors for another brother who had remained in Iraq to look out for a grandmother and aunt.  He had to flee after awhile because his life was being threatened and now was in limbo somewhere in Syria - which we all know is a very dangerous place to be at this time!  With the Canadian embassy closed there, everything has seemingly come to a stand still.  We were hoping that this young man would be here by now to celebrate this meal with us and his worried family!

The whole evening was so interesting, we learned a lot from Omar the older brother, who speaks English very well.  He told us some of the harrowing stories of their lives over the past 5 years and we cannot even imagine what their young lives have experienced.  Omar has a friend who just recently opened a restaurant in Hamilton, Ontario and was happy to provide the meal for this event.

We picked up Omar and drove to Hamilton to pick up the meal that was being prepared for us.  The new restaurant is called "The Tent" in memory of how they had been living in the refugee camps!  What an appropriate name for their restaurant!  They even have "tent booths" in which to eat your meal. 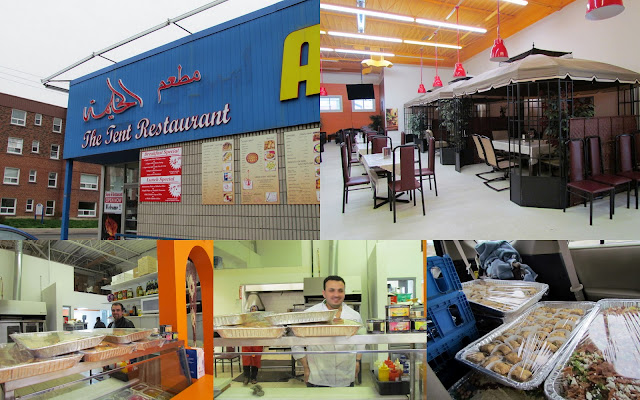 We met the chef, Mamdoo (not sure if I've spelled that correctly) and piled all the trays of food in the back of our truck and off we went to set it all up at the church. 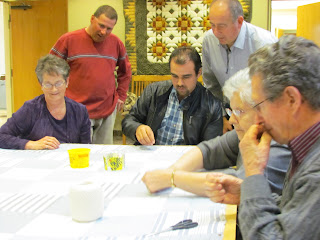 As we arrived, the ladies had put up a comforter in the atrium.  We were all encouraged to put in some "prayer knots" for Ali, the young man we are waiting to welcome to Canada!  Omar put in a few knots as well.  This comforter will be given to Ali when he finally arrives.


Once all the guests arrived and the food was placed on the banquet table, we were greeted, seated and ready to enjoy a delicious meal!


We had BBQ chicken served on a delicious bed of rice that had vegetables and raisins, three kinds of pastries stuffed with spinach, beef, and thyme, Baba Ghanoush, Hummus, Fattoush Salad, Tabouleh, and Pistachio Baklava - Mmmmmm - it was awesome!  The food committee did a great job of serving the meal! 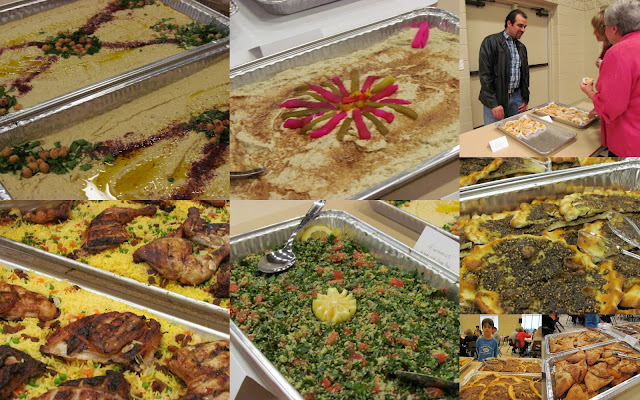 After the meal, Omar and his brother Asem gave us a bit of background of their plight and showed a few pictures of the camps they stayed in.  It was all very sobering and we were amazed at how much their young lives had already experienced. 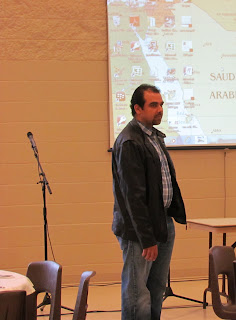 Our prayers are for their brother Ali who remains in Syria, trying to stay alive and out of danger.  Our hope is that he too will join his family here in Canada very soon!

Morning has broken, and so have our hearts ... The hardest post I've ever done - right here. https://www.brennemanfuneralhome.ca/funeral... 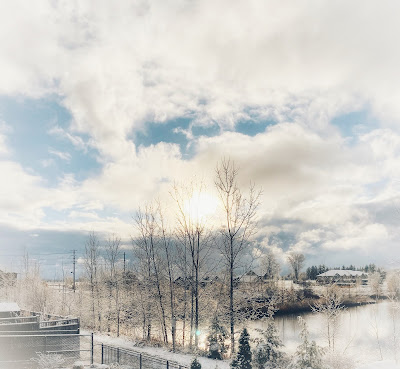 Rosella
I live with my husband of 40 some years on a 100 acre farm in SW Ontario. We have been blessed with a wee family and are enjoying our role as grandparents! I am thankful for many dear friends, a loving family, a caring church family, wonderful neighbours and a cozy country home. I have so very much to be thankful for and hope I never take for granted all the undeserved riches in my life!